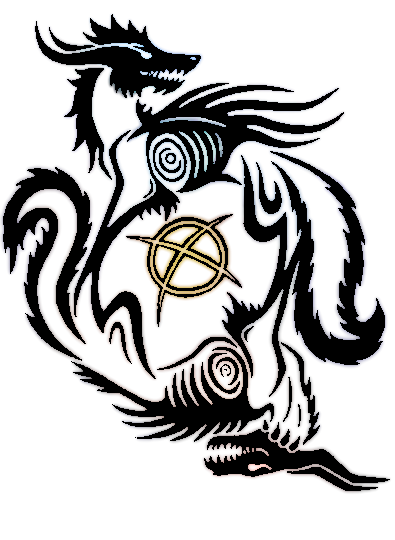 The Shadow Realms, territory of the Kreptis, has several areas. These currently listed are the original Kreptis territories

Kreptis like to populate dark and murky places where they can lurk and often prey on the nocturnal animals that reside with. The Black Tower Woods is one of their desired homes. A large forest, housing thousands of tall, thick black trees that seem to reach the heavens. Luscious leaves that block out the sunlight, and prickly branches that reach out near the bottom giving the forest a rather gloomy and haunting appearance. It’s rejection of the sun’s rays allows the surface to flourish in gloomy vegetation and critters of the night.

Down by an emerald green sea that scratches and pummels harshly at the jagged slopes of earth and deadly cliffs, sits a lonely looking cave called The Witch’s Cove. An ancient cave belonging to an old woman accused of witchcraft. Many have seen the old shroud tossing herbs and dismembered animal parts into the ocean and spewing out incoherent words. Believing to be summoning some sort of evil demon from the depths of the sea, she was hunted down and killed. Leaving many of her tomes and belongings of sorcery still hidden away deep in the cave.

The burial grounds of a large lineage of royalty named Mithregonis. This monstrosity of a crypt was specifically designed to keep the grave robbers and any other intruders from obtaining the many riches in gold and wealth it holds so dearly. With no source of light and an infestation of vile and rabid rats, along with a vast majority of mazes and trap doors makes the Catacomb Keep a sure death trap. Those who foolishly wonder in the depths of this place will find themselves hopelessly and fatally lost, soon to be swarmed and eaten by its little protectors.
_________________